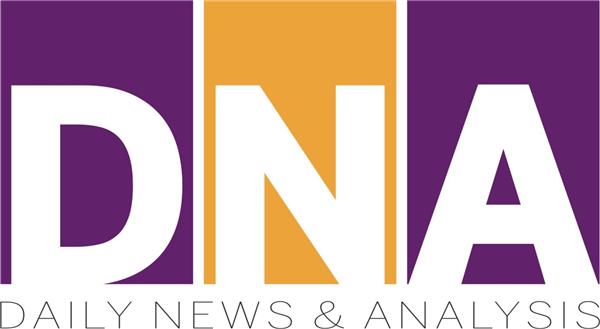 Is the craze to own exotic dog breeds violating animal rights?

By admin Tegha Kennel in Media No Comments 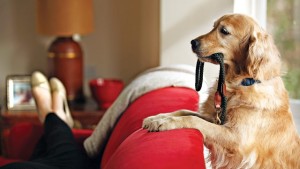 The craze to own exotic dog breeds, the more expensive, the better, is growing by the day with owners willing to pay several lakhs for that prized pedigree pet. It’s about status, of course, but does it also constitute animal rights violation? Gargi Gupta reports

Caucasian Ovcharkas are large dogs found mostly, as the name indicates, in the Caucasus, a mountain range that occupies the narrow strip of land between the Black and Caspian Seas. They are large dogs, with dark shaggy coats giving them added bulk and protecting them from the intense cold of the highlands and valleys where they are generally used to guard sheep. 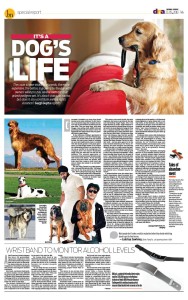 west Delhi, Brutus, a year-old Ovcharka pup, couldn’t be further away from his natural habitat. His heavy paws, made for trudging on snow and rough terrain, have to contend with the smooth granite of the plush apartment; it’s cold alright thanks to the central air-conditioning but there’s no way that Brutus can go outside in the searing heat. For company, there’s his master Manmohan Singh Jolly, his wife and son and his two minders. The natural aggression of this ancient dog breed means very few people will venture near Brutus. “Every morning Brutus will bark when the minder, who looks after him, comes to work every day and yet thinks the minder is an intruder,” laughs Jolly.

For the Jollys, Brutus is a prized possession – they paid Rs5 lakh for him. “My father saw him at the shop and fell in love with him. We’ve always had large dogs. We had a Great Dane earlier and a Dalmatian. There’s only one other Ovcharka we know of in Delhi,” says son Prabhjyot.

The craze to own exotic breeds, the more expensive, the better, is growing by the day, says Harshdeep Singh Tegha, who runs Tegha Kennels in Delhi. Tegha Kennels offers and has sold dog breeds from all across the world, the most expensive being the Tosa Inu or Japanese Mastiff (Rs35 lakh), Scottish Deerhound (Rs17 lakh) and Black Russian Terrier (Rs18 lakh). All three are dogs from cold climates, dogs bred for specific tasks – the Japanese Mastiff used for guarding sheep, the Scottish Deerhound for hunting and the Black Russian Terrier for military work – and not quite geared to be the house-trained domestic pet for whom, frequently, the most energetic and exciting thing in the day is a romp around the park.

And then there is Bangalore-based breeder Sathish S who set a record when he paid a crore to buy a Korean Dosa Mastiff. “I have been wanting these breeds for the past 20 years,” says Sathish, who has housed them in air-conditioned kennels to help them acclimatise to the hot Indian climate. Sathish who also runs a pet shop in Bangalore called Cadabom’s Kennels, came under a lot of criticism some years ago for a Neapolitan Mastiff he bred; he nicknamed it Ghost and advertised it proudly as “the most prolific and heavily (sic.) wrinkled dog in the world”.

A memorandum from the animal husbandry department, dated December 2015, flags the dangers of this unchecked influx of exotic dog breeds. “In the recent past, there has been an alarming upsurge in the import of exotic and rare breed dogs from different climatic zones across the globe. Indiscriminate and sudden increase in import of dogs has led to creation of huge market for imported dogs in the country, while there are no guidelines/regulation regarding neutering, registration, breeding and sale of pet or commercial dogs…as these dogs are imported from various climatic conditions, adaptation of these animals to Indian conditions is not smooth.”

Dog lovers like Anant Ambani, industrialist Mukesh Ambani’s son, who have the resources to create home-like conditions for their pets – he owns an Alaskan Malamute, a large freight dog from the Arctic regions, and created a chilled section in his home. But not all are as lucky.

For many owners, the fascination with a prize pedigree pet wears off soon enough and they are abandoned at animal shelters. “Sometimes we get around five calls a day reporting an abandoned animal. Most of them are injured, bitten or ill – being so-called pedigreed they don’t have the skills to survive on the street. So you’ll find stray labradors running about in the market, or St Bernards along highways or great danes tied to railway tracks.

In the summers, the animal is usually tied to the gate, or left outside in the verandah, and when he barks, owners complain,” says Geeta Seshamani of Frendicoes-SECA, which has a home that takes in these abandoned animals and puts them up for adoption.

In the past three years, adds Seshamani, more people are coming to adopt or foster strays, old, handicapped or ill dogs. “We have been posting images of abandoned animals on our Facebook page and Twitter handles, and in many cases, we’ve been able to place them in good, caring homes. This is an optimistic development,” she says.

According to NG Jayasimha, managing director of NGO Humane Society International, a global animal rights advocacy group, what India needs is a law to regulate the pet trade. “The pet and pet supplies trade, which some estimate to be around Rs800 crore a year, is not regulated in India. There are no guidelines for breeding or sale of dogs. Dogs are often bred in unscientific ways leading to health problems like hip aplasia for labradors, breathing problems for pugs and so on. No pet shop gives a receipt for sale and different prices are quoted for the same breed,” he says.

Late last month, the Directorate General of Foreign Trade imposed a ban on the import of dogs for breeding – a move that will hurt breeders like Sathish S – but this might not be enough to check malpractices, says Seshamani. “Last year, the state government had formulated draft rules for dog breeding and selling and to regulate pet shops, which mandates registration of all sale of pets, installing a micro-chip with all identity and health details. But it is still to notify it,” she adds.

“Most people don’t make a realistic evaluation before they decide which dog breed to get for their homes,” says Lakshya Sawhney, who runs the pet-grooming service called Flying Fur in Delhi.

“Large breeds are an absolute misfit in apartments. Aggressive breeds can be dangerous if you have young children or too many strangers visiting. Don’t get hyperactive dogs if you have no time to exercise them regularly. In many cases, it’s the kids who insist and the parents buy them a dog, not realising how much care a dog requires. And then the trouble starts,” Sawhney adds.

Here’s hoping that aspiring dog owners will heed this advice.

Buy your pet supplies online and save money, fuel and time. 1000 of items at discount prices delivered to your door.

Buy from one of the largest online store sites from a fantastic selection.

FRESH FROM THE BLOG